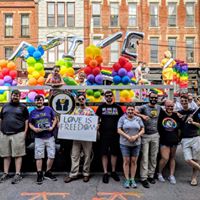 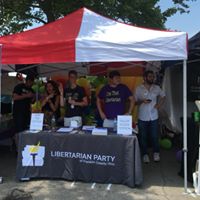 One of the few perks about being a third party candidate after an election is the eventual collective realization that your campaign was right about most of the things you said, despite the fact this realization happens too late for it to matter. Of course, by “perk” I mean sometimes it’s just nice to say “I told you so” after everyone seemed to ignore your contribution to the political discussion. Whether it happens to be our various stances on an assortment of issues or what we predicted that our establishment, two-party opponents would eventually do if elected (despite what they said they’d do) it’s something third party candidates from local to federal office often get used to in the year after the dust has settled.

Naturally, as the Libertarian candidate for governor of Ohio in 2018, these “I told you so” moments keep popping up as my once-opponent Mike DeWine continues to live up to what I told people he would do and more. Yes, when DeWine said that his Democratic opponent Rich Cordray would raise taxes to pay for road repairs, many of us knew this was just another trick in DeWine’s political bag, as he’s been a “tax and spend Republican” himself for decades. I called him as much at multiple Tea Party meetings last year to little fanfare or recognition. Sure enough, one of DeWine’s first big acts as Governor was to advocate for an 18 cent increase on Ohio’s gas tax. At least Cordray had the courtesy to tell the truth, saying he’d put a bond issue in front of the voters, in comparison to DeWine’s boldfaced lie.

Then there’s the issue of guns, a real soft spot in DeWine’s political record that we tried to exploit in 2018 and once again were proven correct. DeWine has since announced that he’s going to look into a “red flag” law that would take guns away from “high risk” individuals in Ohio — obviously something that he chose not to bring up on the campaign trail. Whatever your stance is on gun rights, even the most vocal criticsknow that “red flag” laws can result in a slippery slope of accusations without merit, as evidenced by several instances in states where these laws have gone into effect.

But DeWine’s eventual turnaround was just another chapter in his 40+ year stint in politics, one that the more politically astute knew was coming after the election. We tried to warn people on both sides, whatever their political beliefs, to no avail. Now both conservatives and liberals have to live with the consequences while we third party candidates can only post eyeroll emojis on social media.

Of course, it’s not just the third party soothsaying that applies to DeWine — there have been plenty of policy positions that I advocated for that have come to fruition in some form or another as well. The state legislature is thankfully taking up criminal justice reform, which has been badly needed in Ohio for decades, especially with the opioid crisis ravaging our state. Republicans and Democrats, perhaps with some encouragement because of the Issue 1 campaign, are looking to treat Ohio’s drug problem as a health issue, not a criminal issue. This was something I advocated for throughout 2018, especially as people across the state told me their own stories about how the opioid crisis was impacting them.

Similarly, Ohio’s medical marijuana program is finally rolling alongslowly but surely, as dispensaries across the state are opening despite the state’s backwards way of doing things. Growers and producers of marijuana products are now somewhat operational, leading to a less-than-largesse rollout of products for patients. This was something I said needed to be fast tracked since the program was approved over two years ago, especially because marijuana has been proven to help fight such things as opioid addiction. Thankfully things are now moving in the right direction, albeit slowly.

Again, this is the bittersweet aftermath of being a third party candidate, no matter what election you run in. You can be right as much as you’d like, but likely no one will realize it until it’s too late. I used to watch Libertarian presidential candidate Gary Johnson talk ad nauseam about the need for criminal justice reform and the benefits of legalizing marijuana in America. The pain of knowing we were right while we didn’t have any chance of winning didn’t seem to phase Johnson, to his credit. But in my case in 2018, I knew I was advocating for policies that would have affected many voters in a positive way, whether they knew it or not. It is this mere sliver of joy that makes telling people “I told you so” after the fact worth it, although I’m starting to hate to have to do it.