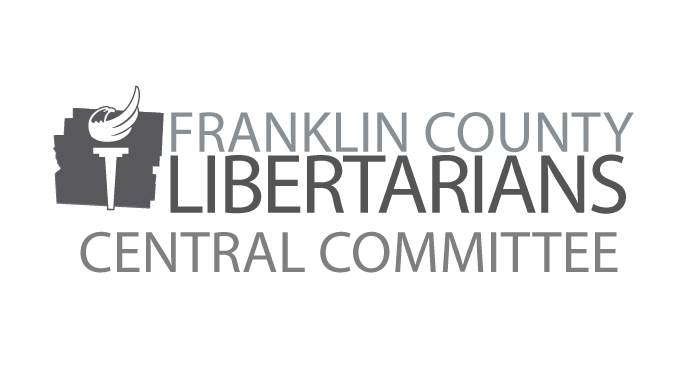 Please consider this the announcement for the 2022 Franklin County Libertarian Party of Ohio Central Committee election.

“In the event the Secretary of State denies ballot access as a recognized party, Central Committee elections shall take place at a central location, at a time and place agreed upon by the outgoing Central Committee.
Elections shall be held in even-numbered years in the same month as the official state primary election.”

The LPO Office will be open to the public for voting in the Central Committee Election from 9am to 6pm, May 3rd, 2022.

In March of 2003, the US invaded Iraq on the flimsiest of pretenses.

In February 2022, Russia invaded Ukraine, also on the flimsiest of pretenses.

We hailed our invasion as brave and valiant and necessary for our security.

We condemned their invasion as barbarous and the work of a power-hungry tyrant.

But wait, you say, we were attacked on September 11, 2001.  We were…but not by Iraq.  They didn’t even have the stockpile of weapons of mass destruction we claimed they had.

So, again, what’s the difference between the two?

I see people all over social media praising the Ukrainian citizens fighting against the Russian military as brave and noble.  But some of these same people also condemned the Iraqi people as evil and cowardly for doing the exact same thing against our military.

And don’t even get me started on Central America.

In V For Vendetta, V was the hero for assassinating the leaders of a currupt government and blowing up Parliament.  In The Batman, The Riddler is the villain for doing the exact same thing.

Is it not the height of hypocrisy to determine the morality of an action based on who it is performing said action?

It seems to me that invading countries that have done you no harmshould always be wrong, and citizens of said countries should always have the right to defend themselves.